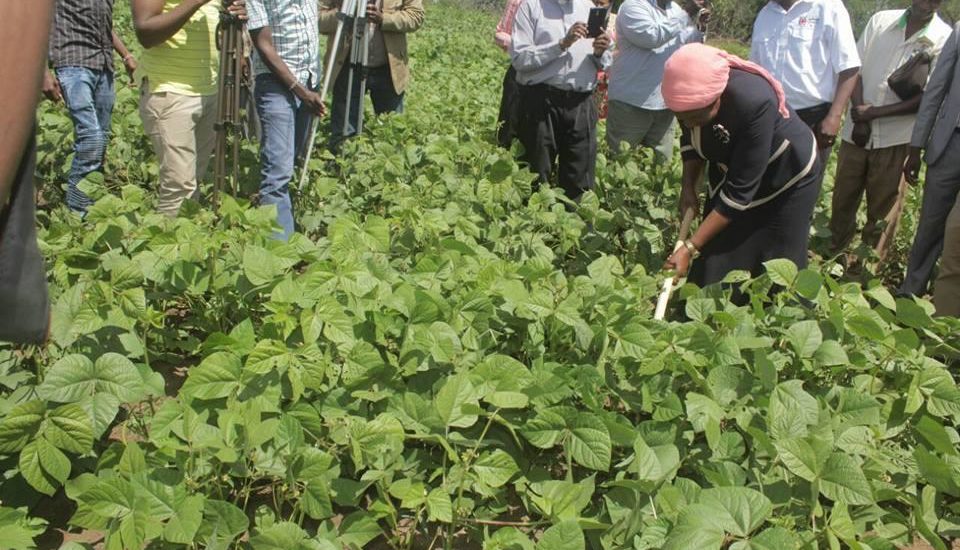 The County Government of Kitui is strengthening the agricultural and livestock sectors to boost food security and wealth creation in the county.

Noting that the five pillars in Kitui’s development manifesto are interlinked, water, agriculture and livestock development are key determinants of success in the other pillars of healthcare, women empowerment and wealth creation.

The Ndengu Revolution launched in October 2017 by Governor Charity Ngilu saw farmers harvest an estimated 49,000,000 kilos from the December rains. The commitment was inspired by the need to make Kitui a food producer from a perpetual food aid dependent county where residents queued for long hours at camps awaiting relief food.

The county is on the verge of attaining value addition of green grams towards utilization and economic enhancement of the product that does well in areas with low rainfall.

In efforts to help farmers actualize food security in the county, Governor Charity Ngilu launched mechanized farming that has seen farmers benefit in the entire county.

The county procured 33 ploughing tractors to strengthen the existing 7 with plans to offer subsidized services to farmers and ensure farmers in the 40 wards have access to modern farm ploughing services and end reliance on oxen power.

The programme has been hailed for prioritizing the poor to produce enough food for own use and end persistent hunger among many families in the county.

According to most beneficiaries, the programme has increased land under cultivation, fostered farm power, reduced production costs, increased food productivity and is alleviating poverty among residents.

Most farmers consider the programme useful as they are unable to hire, purchase or maintain farm tractors due to the high costs involved.

The county has also focused on training beekeepers on honey production and profitable beekeeping practices to enable them benefit from services that can help them achieve higher yields and income. The initiative is pegged on commercializing beekeeping for sustainable livelihoods in line with Governor Ngilu’s Wealth Creation agenda. The county has over 5,000 beekeepers with an estimated 30,000 traditional beehives that once value addition measures are introduced, the residents will build a perfect brand for locally produced honey to boost the multi-million industry.

how can we help you?